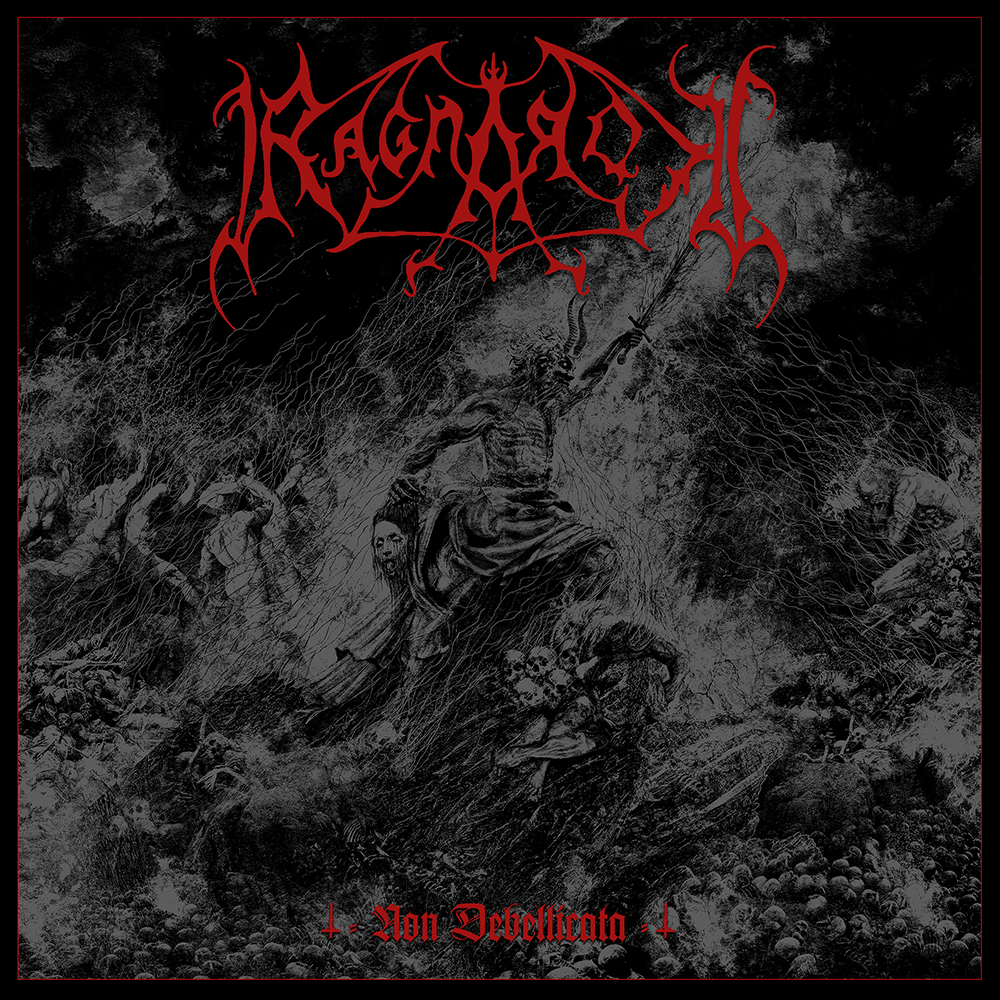 For over two decades RAGNAROK have been giving fans their uncompromising take on Norwegian Black Metal, both in the studio and on stage, and now, the seasoned veterans, along with their label Agonia Records, are ready to reveal details of the band's ninth full-length studio album. Titled "Non Debellicata", the ten-track album will be released on November 15th.

The band gives us an insight into what went into the making of "Non Debellicata", an album in which RAGNAROK's entire line-up of founder and frontman Jontho, guitarist Bolverk, bassist Rammr and drummer Malignant, had a significant input:

"Our new album, Non Debellicata, is the result of an extensive process in which all the members of the band participated creatively, both musically and lyrically.  We put a lot of work into this album to make it as extreme and violent as we possibly could, pushing the borders of our musicianship and song writing skills.  Originally we started out with 20 songs, out of which we rehearsed 16 and whittled it down to 13 for recording. We eventually chose 10 for inclusion on the album, because we wanted to ensure highest possible quality of every song".

As for the title itself:

“Non Debellicata, refers to a phrase used as the motto for our home town Saropsborg in the olden days. It is taken from letter Jarl Alv Erlingsson sent to the Scottish Government in 1286. Aside from being a nobleman and the Jarl (Earl) of Sarpsborg, Alv was also an infamous pirate who was in the habit of robbing Danish and German merchant ships".

"The Scottish government had confiscated a number of Norwegian ships and Jarl Alv wrote them a letter, in which he said that maybe they were under the impression that Norway was weak after being at war for several years. But assured them that they would learn that the Norwegian people were not weakened by the war and would never be defeated".

"Non Debellicata. The people of Norway would never give up - and neither will Ragnarok!". 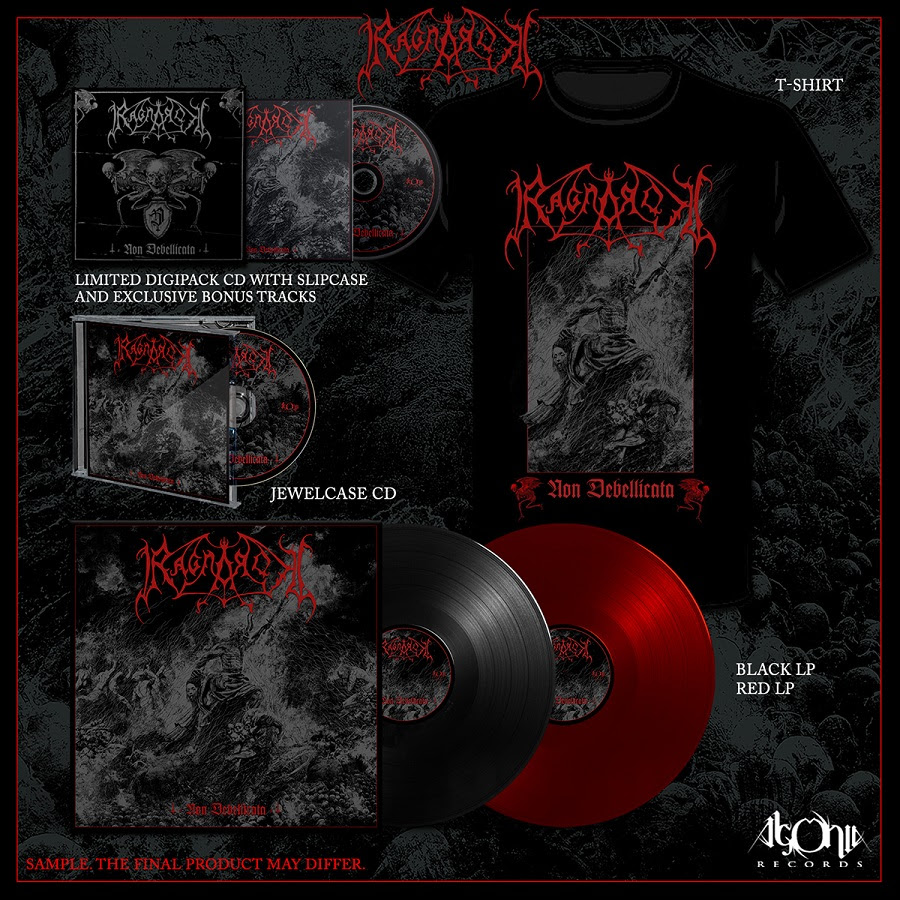 "Non Debellicata" was recorded in Sweden's Endarker Studio, with Marduk's Devo at the helm, and with artwork by Nestor Avalos and photos by Arash Taheri. 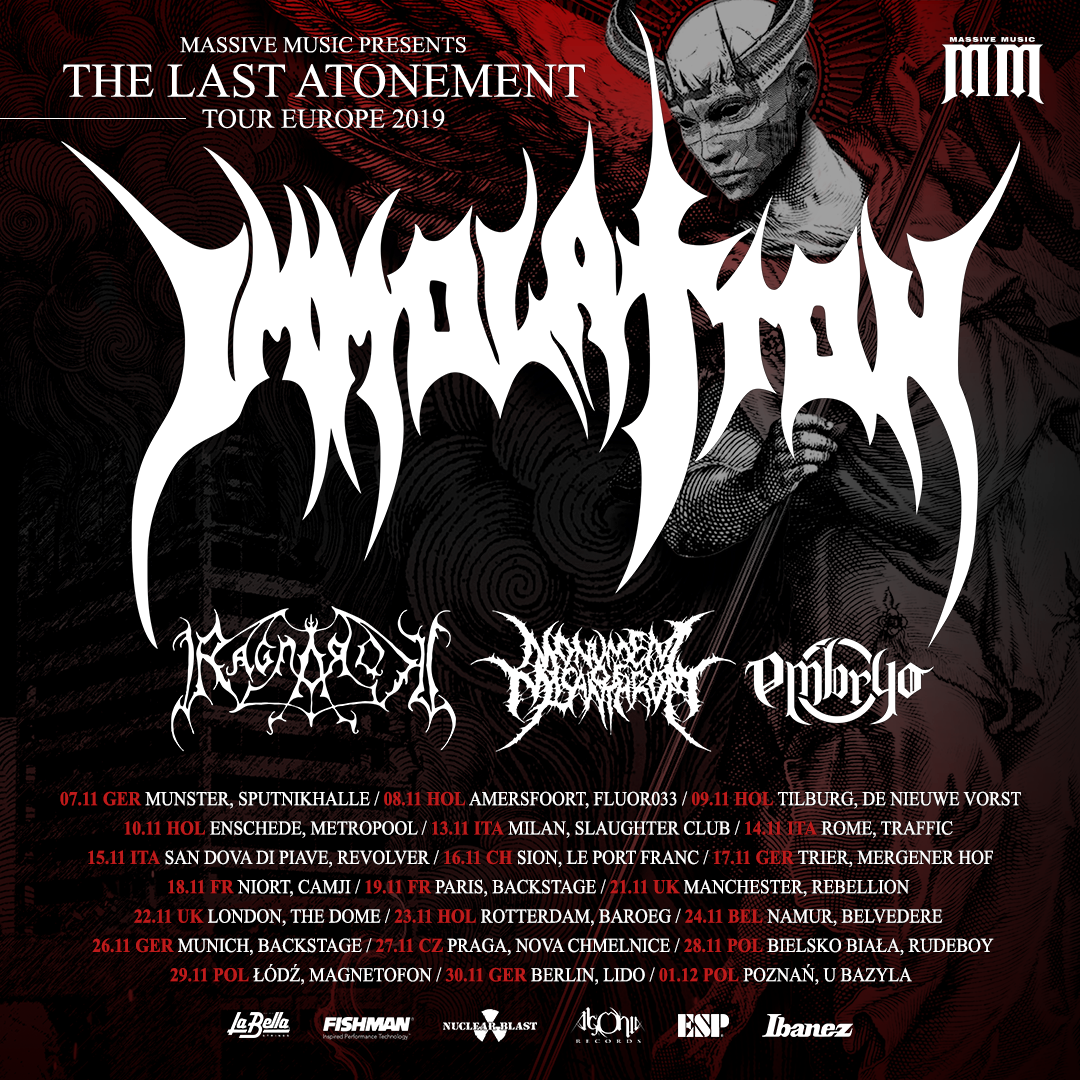 To celebrate the album's release, RAGNAROK are set to support US death metallers Immolation on a 21-date European tour, "The Last Atonement", in November of 2019. Accompanying them on the tour will be Austria's Monument Of Misanthropy and Italy's Embryo. 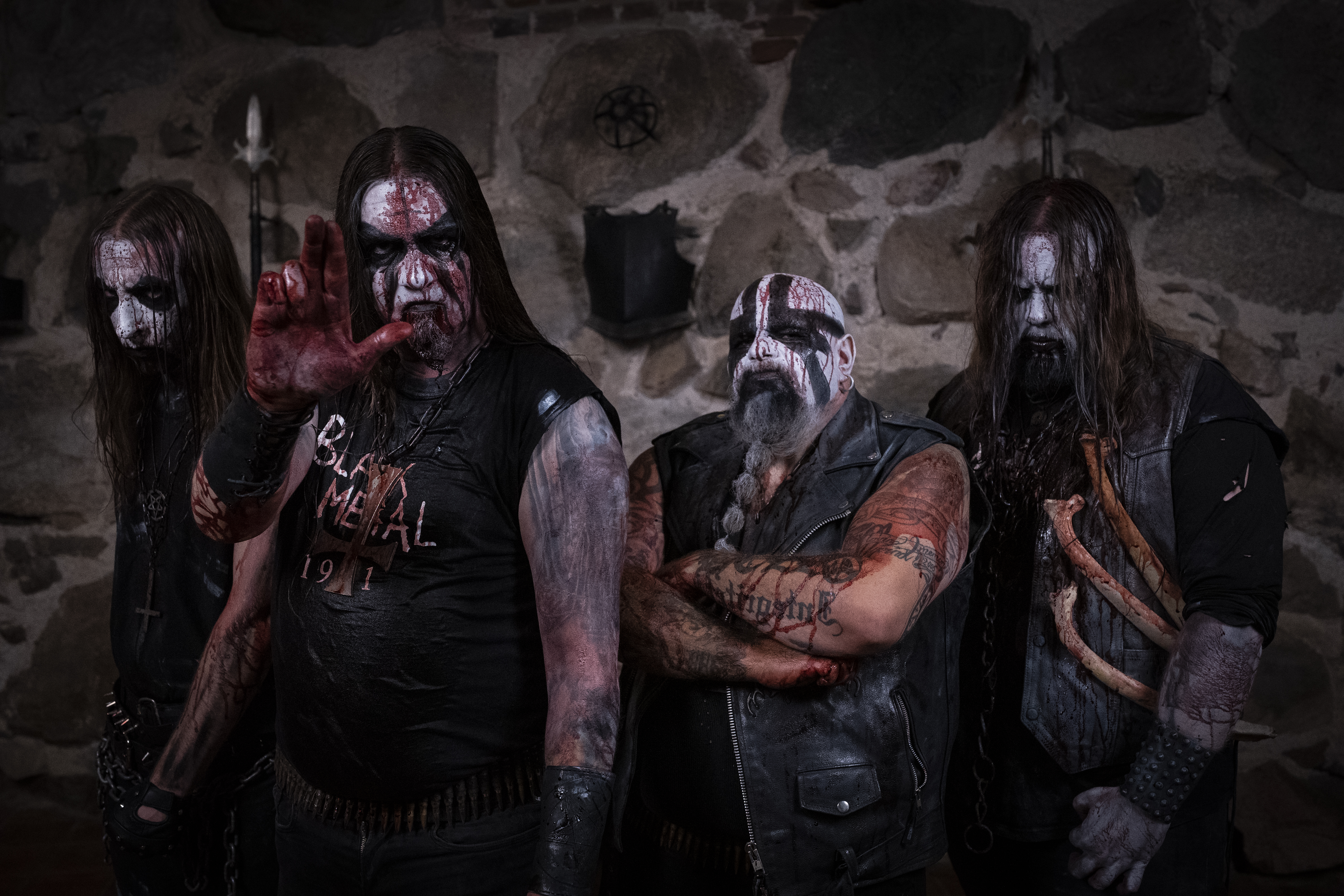